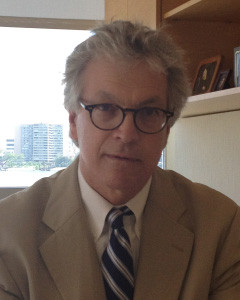 W. Steven Olinek is a transportation, logistics, and trade-development professional with more than 35 years in the management and marketing of commodity transport. He was the longtime deputy director of the Detroit/Wayne County Port Authority (DWCPA) where he was responsible for marketing Detroit port facilities and service providers, representing the DWCPA in regional and national trade initiatives, maintaining relationships with elected officials, the media, industry and the port community. He was a founding member and board chairman of the Great Lakes Cruising Coalition, co-chaired the St. Lawrence Seaway Management Corporation’s long-term competitiveness committee and co-chaired the executive planning committee of the Detroit 300 Sail Detroit tricentennial event. Prior to joining the DWCPA, he was supervisor of logistics planning for the Stroh Brewery Company, and worked as general manager of Hub City, a national 3PL. He began his career with the Grand Trunk Corporation, now CN.

Since 1990, he has managed Greater Detroit Foreign-Trade Zone, Inc. (GDFTZ), a non-profit Michigan corporation. GDFTZ markets and administers U.S. FTZ No. 70 in Southeast Michigan. GDFTZ’s mission is to help create employment and foster the global engagement and competitiveness of companies in its grant area by providing cost savings in the form of duty deferral, remission, and elimination.

As GDFTZ’s executive director, he reports to an eight-member board of directors and is responsible for marketing FTZ services to regional industries and economic-development agencies. He monitors compliance and contractual requirements of FTZ operators and serves as the liaison to the U.S. Department of Commerce (Foreign-Trade Zones Board) and Department of Homeland Security (Customs and Border Protection). He also is president of Detroit Trade Advisors LLC, a trade and transportation consultancy. He received a Bachelor of Science degree with honors from Michigan State University.