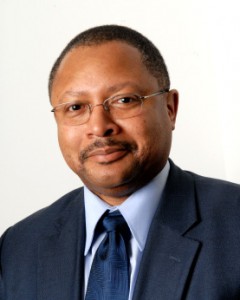 Mr. Jackson, a leader in public-private partnerships, economic development, and public-utility management, has played an influential role in Detroit, Southeastern Michigan, and the state of Michigan. Beginning in 2002, he served as president and CEO at Detroit Economic Growth Corporation (DEGC), a private, nonprofit corporation devoted to supporting Detroit’s economic-development projects and initiatives through technical, financial, negotiation, and development assistance to the City of Detroit and private-sector business.

Under Mr. Jackson’s leadership, DEGC was the lead organization for implementation of revitalization improvements throughout Detroit. He add his DEGC team attracted major headquarters, such as Quicken Loans and Strategic Staffing Solutions, and helped other large anchor institutions, including Blue Cross, the Detroit Medical Center, and General Motors, expand their Detroit presence.

From 2006 to 2010, Mr. Jackson also assumed the responsibilities of Chief Development Officer for the City of Detroit, overseeing economic-development, planning, building, and the Civic Center Department.

He also is the past chairman and serves as a board member of the NextEnergy Corp., an organization committed to making Michigan a world leader in alternative energy.

He also worked in personnel and human resources with the U.S. Navy, was adjunct faculty at Lawrence Technological University, and held professional-level positions at Detroit Edison.

Mr. Jackson received a bachelor’s in human resource development from Oakland University and a master’s in business management from Central Michigan University.